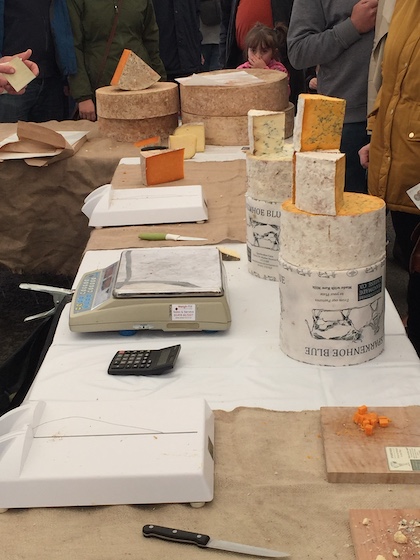 What did you get up to on the May Day weekend?

For me it was the Melton Mowbray Artisan Cheese Fair! 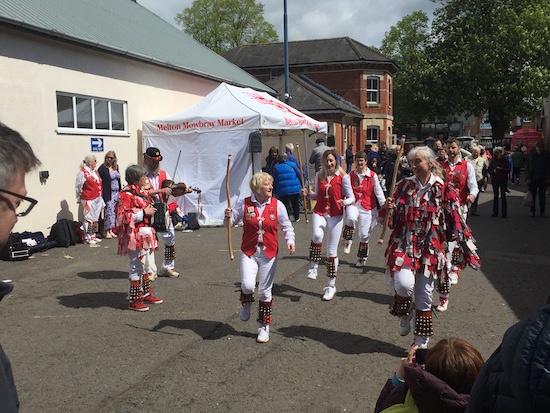 There must have been 50+ small cheesemakers from around the country and some specialist drinks makers at the Melton Mowbray fair – Bliss.

The fair has so many cheeses that there were too many to cover in this short blog. However, our favourites were:

They had a deliciously creamy blue cheese that looked more like a truffle. Burt’s Cheese started out life in January 2009 in Altrincham, Cheshire. It was a career in the dairy industry, that inspired Claire Burt to follow her passion for cheese-making. It started as a hobby on her kitchen table, but after winning Gold for Burt’s Blue Cheese at the International Cheese Show – Nantwich 2010, she decided to pursue the business full-time. Find out more about Burt’s Cheese.

A spectacular creamy cheese by Julie Cheyney who started with milking cows at 16 and cheese making in 2005. White Wood Dairy in Suffolk is where St.Jude & her sister cheeses are made using raw milk. They were awarded The James Aldridge Trophy for the Best British Raw Milk Cheese for the cheese St.Jude in 2013. Read about Julie Cheyney and the dairy.

This is where the very first Tunworth prototype was created in a family kitchen – it has won many awards with the latest being the 2018 Great British Cheese Awards – Best Soft Cheese. Look up Hampshire Cheeses.

Both great! Beau is a local family farm based again in Hampshire. The goats are free to roam and free to forage in the lush green fields – the Greatest Of All Time. The farm offers a variety of goats cheeses: Brie, Soft Cheese, and an award-winning Gouda. We took a Brie and Gouda home for safe keeping! Our take-aways didn’t survive contact with a red wine. Find out more about Beau Farm.

Baronet from The old cheese room at Neston Park.

In the Neston Park estate, artisan cheese maker Julianna Sedli, from Hungary, makes her exceptional Reblochon style cheese. Its made from organic pasteurised milk from their Jersey Herd. A rich buttery cheese with a washed rind with a distinctive ‘orange’ colouring. Read more about The Old Cheese Room at Neston Park.

Are you crackers about crackers? then check out The Fine Cheese Co for online orders of fine crackers and artisan cheeses.

Support our UK small businesses and try an artisan cheese!