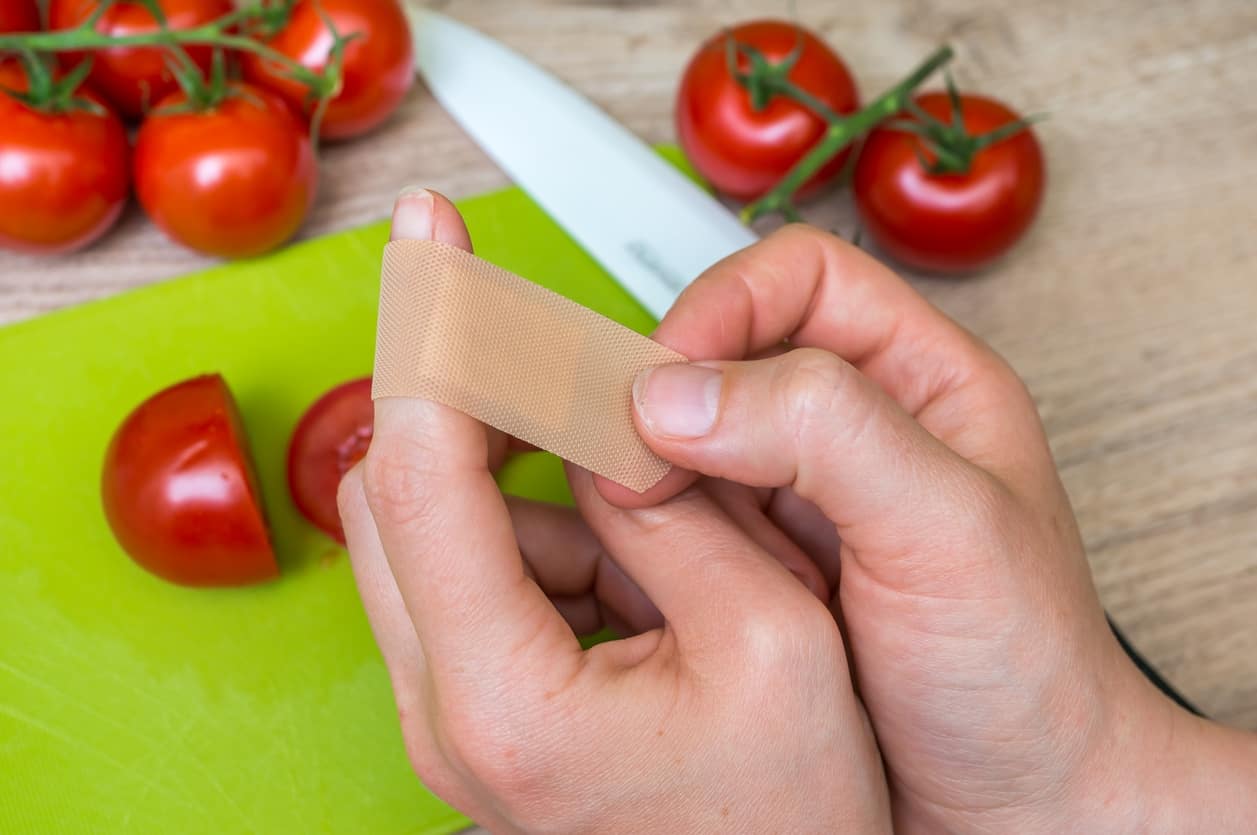 Lockdown 3 – time to invent something useful?

Can we invent something really useful during lockdown – here’s some inspiration.

In 1920, Earle Dickson invented a dressing for his wife to use when she cut herself in the kitchen. The prototype allowed her to dress her own wounds.

Dickson passed the idea on to his employer Johnson & Johnson, a firm established in the 1880s. The original dressings were handmade and marketed as the Band-Aid but were not an immediate success.

However, by 1924 refined machine-made Band-Aids were introduced and revolutionary sterilized Band-Aids in 1939.

Since then, Johnson & Johnson has estimated a sale of over 100 billion Band-Aids worldwide.

But, there is more than one story regarding the origin of plasters.

On this side of the Atlantic…

In 1882, the pharmacist Paul Beiersdorf teamed up with a dermatologist called Paul Gerson Unna and developed a new type of medical plaster called Guttaperchapflastermulle (plaster gauze).

The ‘plaster’ received the patent 28 March 1882 and started the company Beiersdorf AG, later sold to Oscar Troplowitz in 1890.

Unna continued working with the new owner. Together they produced the first lip care stick Labello in 1909 and a new skin care cream ‘Eucerit’ or “the beautiful wax” in 1911. The latter went on to become the world renown Nivea Crème.

Their plasters were branded Hansaplast in 1922 but, in 1928 the UK company Smith & Nephew acquired a license to produce adhesive bandages (‘sticking plasters’) branded Elastoplast.

The UK’s access to the Commonwealth markets made Elastoplast a global success and household name….

While Elastoplast and Band-Aid may have become generic household names, both Beiersdorf AG and Johnson & Johnson invested in the ideas, developed their brands into something really useful and become successful international businesses.

Plasters have saved pain, infection, and lives around the globe – really useful products.

Can you think of something really useful in lockdown?

Remember that insurance is a ‘sticking plaster’ for your finances. Read more about types of business insurance here..

If you already have an idea.

For inventors, the story of these two separate but similar products show how a great idea may not be unique. As the modern world is now more connected, new international risks may apply to your intellectual property (IP) protection. Find out more about IP….